The RPL will return, but will there be a struggle for survival? 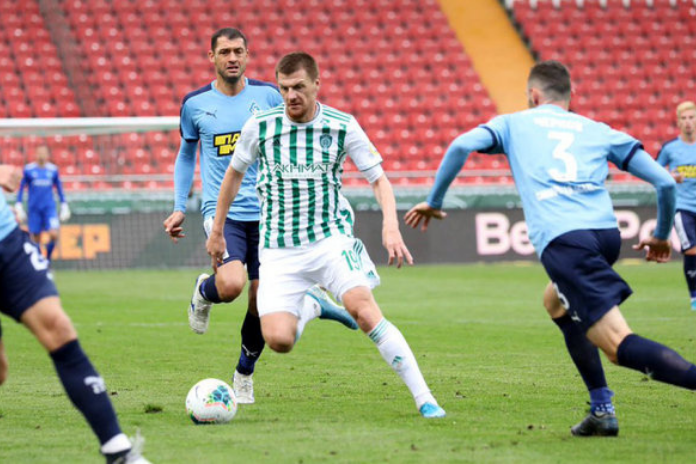 The 2019/20 Russian Championship will resume on Friday 19 June. Meanwhile, there is still no certainty how many teams will actually leave the RPL and how many will come from the FNL.

What were you fighting for?

The pyramid of Russian football is folded in an amazing way. The reason is not even in the peculiarities of geography and logistics – the transition from adjoining leagues is truly strange. Although the regulations clearly spell out the fundamental principles of “communication” between RPL, FNL and PFL.

The most “mysterious” things happen in the middle: year after year, instead of five clubs, as it should be according to the regulations, fewer participants leave the FNL – not all winners of the PFL zones are ready to be promoted. An anomaly has been observed this season. Not only that, due to the prematurely interrupted draw of the lower leagues, all the clubs there retained their registration, but also the winners of the five PFL zones simultaneously applied for the transition to a higher level, plus several more clubs. Recently they talked about the expediency of reducing the FNL, now – about the need for expansion.

From time to time, illogical stories occur with the addition of the Premier League. There is such a situation: in the elite division a club went bankrupt, but the representative of the FNL, who did not reach the lifting place a little, does not jump with happiness, but on the contrary shakes his head with concern: “We will not pull!” For what, one wonders, did you fight? As a result, as a rule, one of the RPL teams escapes from relegation, less often an ambitious prosperous club jumps on the bandwagon, which did not hold out on a sports principle, but is financially ready. So, for example, at one time it happened with Krasnodar.

Who is in question?

The current circumstances stand out even against the familiar background of transitional confusion with a quarantine clause. The 23rd round of the RPL starts at the end of the week, but it is still unclear how many teams will be eliminated. And will anyone fly out at all. Most likely, the winner of the FNL ” Rotor “, who changed the legal entity and requested financial assistance from the authorities, will go up . But not yet a fact. The vice-champion of the league Khimki , in the second half of May, almost signed that they would not go up. Then they found a sponsor, but still have not decided on the status.

Torpedo , Chertanovo and Neftekhimik also submitted documents for RPL licensing , but everything is complicated even there. Moreover, if one of the pair of tournament winners refuses legal growth, the current RPL representative will take priority over the vacant place. The already incomprehensible state of affairs is complicated by the uncertainty of the representatives of the main league. Will Orenburg and Tambov find funds to maintain their residence in the elite? Will the latter move to Nizhny Novgorod? Real chaos!

Risks in Nizhny, not everyone is happy with Lomakin in Khimki

What if the fight?

Today we cannot say with certainty how events will develop outside the football fields. If we start from the current regulations (two clubs fly out, two come from the FNL, the transitional games were canceled due to an emergency situation with the quarantine), then the table promises a serious intrigue. Fifteenth place ( Wings of the Soviets ) is only three points away from tenth ( Ural ). These clubs, plus ” Rubin “, “Orenburg”, “Tambov” and ” Sochi “, going between them , cannot feel safe in any way.

Even worse is the position of ” Akhmat “, who closes the table and is three points behind the saving fourteenth place. If we assume that only one team will take off – by two from the fifteenth. The key match will be the restart: on Friday, June 19, Grozny will play away with Wings of the Soviets.

In March, among all the “stuck” clubs, Sochi was definitely in the best shape . Vladimir Fedotov’s team scored 9 points out of 12 (played the postponed match with Orenburg), lost only once to Arsenal, and it is extremely offensive and not particularly logical. Perhaps the southerners can be called favorites in this dispute, although they still play with Lokomotiv, Zenit and Rostov.

Krylia Sovetov, Rubin and Orenburg have a very difficult calendar (four opponents from the top five), Akhmat in the last five rounds to play in particular with CSKA, Zenit, Spartak and Krasnodar. Ural and Tambov should breathe easier (two participants fighting for the Champions League for each).

Alexander Bubnov: “We can only proceed from the sports principle!”

– We can only proceed from the sports principle, the same should be the benchmark for the clubs that are fighting for survival. Since there are no transitional games, it is important to take a place above the fifteenth and not worry about the number of clubs that will be ready to join the RPL. At the moment, Akhmat and Krylia Sovetov are in the worst position, especially Grozny, who have an extremely difficult calendar at the end of the tournament. By the way, these teams will play with each other on Friday, and a lot will be decided in their confrontation for “six points”. Rubin is also in a difficult situation: Kazan also has a difficult schedule at the finish line.

If we talk about the uncertainty with the formation of the country’s main league, then this situation once again speaks of the state of football in Russia. Who will “pull” the Premier League from the FNL, who will not “pull” from the current participants? For the illusion of stability, of course, it is preferable that those who “pull” play. But from a sports point of view, this is all wrong. It is impossible to imagine such a story repeating from year to year in any truly football country.

New Jersey, United States, January 18, 2021,  ZEXPRWIRE,, Gamers and music lovers alike all seem to agree on one thing and that is which...
Read more
Load more