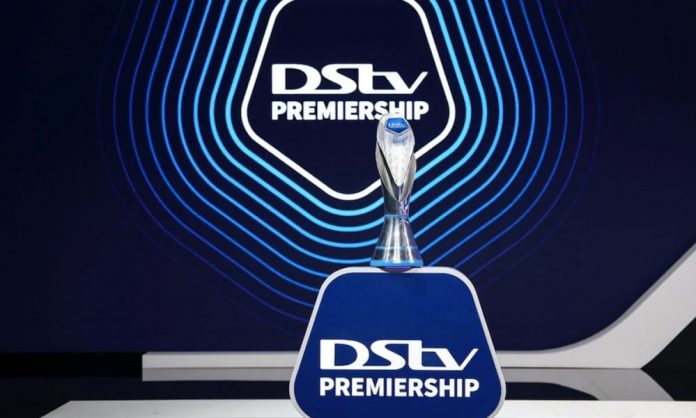 Africa’s foremost broadcast organization DStv has been unveiled as the new headline sponsor of South Africa’s Premier Soccer League. MultiChoice and the Premier Soccer League announced on Thursday 24 September that DStv has signed a five-year deal to become the new title sponsor of the league. They replace South African banking giants ABSA who ended their 13-year sponsorship at the end of the 2019/20 season.

According to PSL chairman Dr. Irvin Khoza, the establishment of the DStv Premiership is a natural evolution to the relationship and will be a powerful synergy, in what it brings for the football supporters.

“As the PSL continues to innovate with a quest to improve its product, it will have a full backing of DStv, whose offering require an abundance of local content,” he said.

“There is no ‘them and us’. We are joined at the hip to produce enhanced consumption of the best product for our deserving supporters.”

“Through the DStv Premiership, we are expanding football’s reach deeper and wider in partnership with the PSL. This league is for every South African and every community represented in our uniquely diverse nation.” Mawela emphasizes. “With more games televised than ever before, we are deliberately creating space for all South Africans to call this competition their own,” he concluded.

MultiChoice Group CEO, Calvo Mawela believes the deal between DStv and the Premier Soccer League speaks to the essence of who and what the two organizations represent.“The DStv Premiership is the coming together of two brands that connect South Africans emotionally”, says Mawela. “Whether you are watching the best of local football or the best local entertainment, the passion for both is unmatched.

“Over the years the PSL has created stars on the field of play that have brought joy to millions. So too has DStv, creating platforms for stars to flourish and entertain. Football and entertainment are entrenched in the South African experience.

“As part of this new chapter in South African football, the DStv Premiership strives to reach every community in South Africa, both existing PSL loyalists and emerging new groups. Babize Bonke is our call to all South Africans to come together in the experience of a common passion.”

With the new PSL season scheduled to begin in October, speculations continue to swirl around the future of SuperSport United. Matsatsantsa are owned by SuperSport which is a South African Pan-Africa group of television channels carried on the DStv satellite platform.

SuperSport United are one of the top teams in South African football having been originally known as Pretoria City. The club was purchased by SuperSport in 1994 and the club got approval from the National Soccer League (NSL) and the club was renamed.

The Tshwane giants became the second team after their city rivals Mamelodi Sundowns to win three successive PSL titles, between 2008 and 2010. They have also won Nedbank Cups, three MTN8 titles and one Telkom Knockout Cup. They are also the reigning MTN8 champions having defeated Highlands Park in last year’s final.

Reports say the club is considering selling their PSL status like Bidvest Wits and Highlands Park recently did, as the newly announced sponsorship between their parent company and the PSL will raise questions about the integrity of the competition.

However, SuperSport Utd management released a statement earlier in the week refuting any plans to sell the franchise.

“We have been made aware of the rumours and speculation regarding the potential sale of the club,” a club statement read.

“These are untrue. We can categorically state that there have been no such approaches and, more importantly, the club is not up for sale.”

Wits have been purchased by National First Division (NFD) side Tshakhuma Tsha Madzivhandila and the club is set to relocate to Limpopo. Wits were due to celebrate their 100th anniversary next season having been founded in 1921, but instead, will now cease to exist.

On their part, Highlands Park sold their top-flight status to NFD outfit TS Galaxy and are expected to relocate to Mpumalanga.