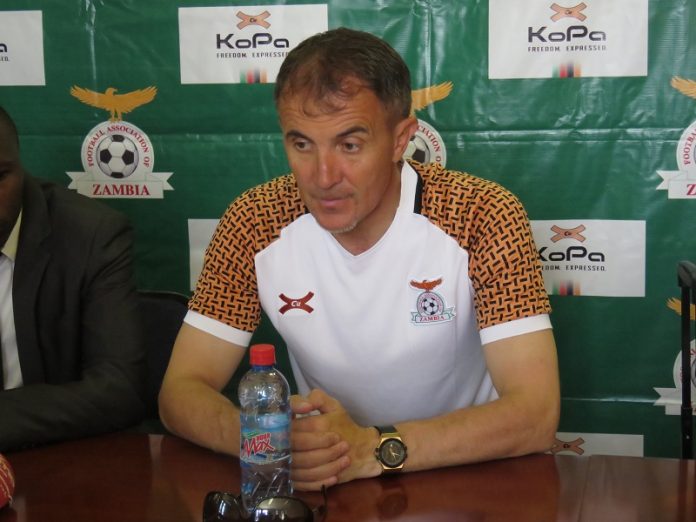 Raregram Announces Its arrival in style!

The Football Association of Zambia (FAZ) has invited 40 players for the 2021 Championship of African Nations (CHAN) camp.

This was revealed by the Milutin Micho Sredojevic, Head Coach of the Zambian men’s football national team, on Friday.

The Serbian manager said that the list would be eventually pruned to 23 for the competition to be hosted by Cameroon in January 2021.

The all locally based squad will enter residential camp on Sunday, September 28th.

The 11-year-old championship is meant for players in the domestic leagues of African countries.

“The players will commence camping on Sept. 28 and after one week, they will be reduced to 23 players. Thereafter, the team will play international friendlies against Malawi, Kenya and South Africa in October.

“We are also planning two other international friendlies against Rwanda and Libya,’’ he said.

The Serbia-born tactician said the friendly matches would assist the team to ascertain their level of preparedness for the competition.

He said the Zambian Premier League scheduled to start in October would assist the players to sharpen their skills and be in good form.

Sredojevic said the national team would play Botswana in AFCON qualifier at home and away in November.

“After Christmas, we shall come out with a comprehensive programme to prepare for the CHAN tournament. From there, we will know the players that will represent Zambia in Cameroon 2021,’’ he said.

Morocco is the defending champion of the CAF African Nations Championship.

FAZ also announced that the Copper Bullets will play a friendly against the Flames of Malawi on October 7th at Nkoloma Stadium. Zambia will then travel to South Africa for another friendly match against Bafana Bafana on October 10th before facing Kenya.

Among the invitees are NAPSA Stars star midfielder, Collins Sikombe, who scored the only goal of the game when Zambia played their last match at Nkoloma Stadium on March 12 beating the Flames 1-0; Zesco United new duo of Kelvin Mubanga Kampamba and Bruce Musakanya; and youngsters including Patrick Gondwe, Ricky Banda, Thomas Zulu, and Jackson Kakunta.

Raregram Announces Its arrival in style!