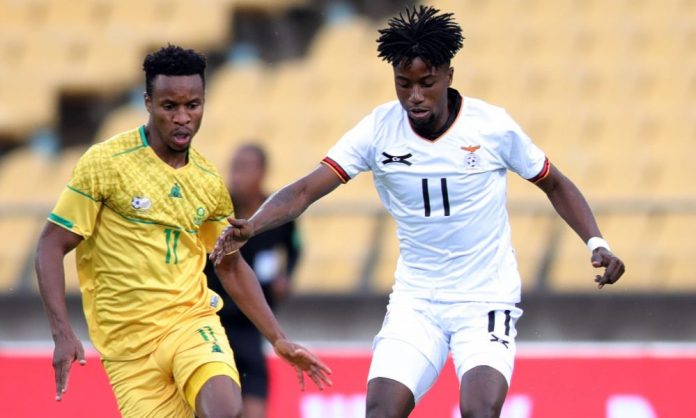 Despite struggling with a hamstring strain, Cheruiyot maintained his 1500m winning streak and held off a strong challenge from young compatriot Kumari Taki. Cheruiyot’s experience proved vital as he guarded his lead to win in 3:34.53. Taki, the 2016 world U20 champion, was second in 3:35.00 – just 0.86 shy of his PB. Abel Kipsang was third in 3:35.43.

“It was tough because before the race, I had a small hamstring strain and I wasn’t sure I would do well,” said Cheruiyot, who was cheered on by a sizeable crowd at the Nyayo National Stadium. “But I managed to hold it for a while to run and win. The field was very competitive and I had to do my best.”

Obiri, meanwhile, used her imperious finishing kick to win the 5000m ahead of world 10,000m bronze medallist Agnes Tirop. Obiri kicked hard in the final 300m and went on to win in 15:06.36, crossing the finish line with a smile as she wrapped up a successful 2020 track campaign that included world-leading performances over 3000m and 5000m. Tirop finished second in 15:06.71.

“I really wanted to give the home fans something to smile about and I am happy with the race today,” said Obiri. “I just wanted to finish the season well with a win and now I can look at what’s ahead and plan for next season.”

World record-holder Chepkoech brought the curtains down on the hugely successful event, leading from the outset to win the steeplechase in 9:29.05.

“It was a very good race and I am pleased to win at home,” she said. “I wanted to run below 9:10 but unfortunately it was not possible because of the conditions. But all the same I am happy with the performance and the victory.”

Only Hyvin Kiyeng, the 2015 world champion, tried to keep up with Chepkoech’s pace – which, given Nairobi’s altitude, was pretty swift. Kiyeng finished second in 9:34.07 while Roseline Chepngetich was third in 9:46.14.

In contrast to the women’s race, the men’s steeplechase was extremely close with Commonwealth silver medallist Abraham Kibiwot just getting the better of Leonard Bett with a lunge at the finish line.

Kibiwot ran behind Bett throughout the race, but he used his momentum off the final barrier to great effect to kick to victory in 8:17.60, finishing 0.03 ahead of Bett, the 2017 world U18 champion and 2019 African U20 champion.

“I honestly didn’t think I would win today because this was my first competition of the season,” said Kibiwot, who finished seventh at last year’s World Championships. “It has been very tough training during the Covid-19 pandemic period and I just wanted to come here and try to get a good performance. I managed a win and I am so happy with myself.”

One of the most surprising performances of the day came in the women’s 400m.

Namibian 17-year-old Beatrice Masilingi produced a strong final run down the home straight to win in an African U18 best of 50.99 – the fastest time in the world by an U18 athlete for 18 years. Kenya’s Mary Moraa was second in 51.99.

South Africa’s Dambile Sinesipho, the African U18 champion, won the men’s 200m in 20.44 (1.2m/s) ahead of Ivorian Arthur Cisse, who clocked 20.53. Denmark’s Tazana Kamanga-Dyrbak, another promising talent, finished third in 20.61 to break his own national U20 record.

“I am so delighted because my main target was to run a PB and I achieved it,” said 21-year-old Awuah. “It was tough, though, because the altitude was really punishing and that’s why I’m still gasping for breath. But it is an honour to come to Kenya and win.”

In the absence of 2015 world champion Julius Yego, his protege Alexander Kiprotich won the javelin with a best throw of 76.71m.

“Being the first one to win this inaugural event is historic and I hope to defend the title in May next year as I aim to qualify for Tokyo Olympics,” said Kiprotich. “What we lack in Kenya is exposure to quality competition that can improve our techniques. We need to venture out.”