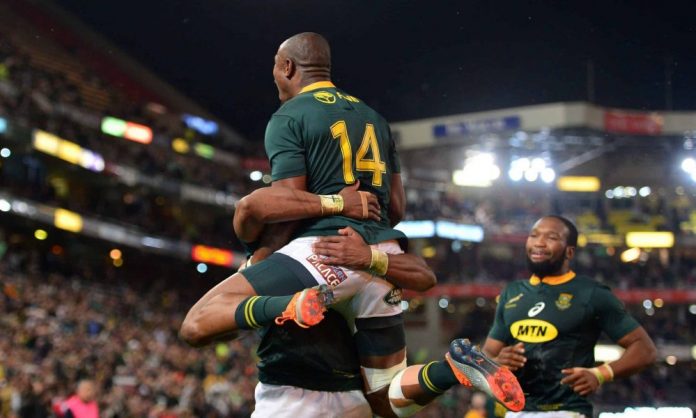 Studyum to launch its $STUD IDO on OccamRazer on September 20

South Africa’s Director of Rugby, Rassie Erasmus is set to confirm if the Springboks will be involved in this year’s Rugby Championship by the end of the week.

The Springboks are still waiting for clearance from the government to travel internationally, but Erasmus expects answers this weekend.

There are suggestions that the Springboks may pull out of the four-nation event in Australia, as the team have not played a lot of games this period.

“We are a long way off in terms of fitness and match readiness from where we were at the World Cup,” Springbok captain Siya Kolisi admitted.

With SA Rugby taking a revenue hit this year, they are eager for the Springboks to enter the Rugby Championship.

The Springboks will be afforded a handful of matches to attain full match fitness.

“We have to take rugby considerations into account and also weigh up the potential commercial losses if we do not play,” said SA Rugby CEO Jurie Roux.

The Springbok team management held the Green vs Gold match with the purpose of improving the match fitness of the players.

“A number of players in this game came into the Springbok set-up as rookies earlier in their careers – guys such as Siya Kolisi, Frans Steyn and Elton Jantjies, to name a few – and they have mentioned the positive effect working with experienced players as youngsters had on their rugby careers,” Nienaber said.

“The young ones and new players in both camps brought a lot of energy and enthusiasm into the mix because they were super excited to be involved and to learn and absorb whatever was happening around them. So, from that point of view it was definitely a very worthwhile exercise.

“Now they have a real taste of what the Bok environment looks and feels like. Although the match was not a spectacle, I think especially the young ones will look back with lots of good memories and we hope they return to their franchise teams eager to implement what they’ve learn.”

The Springbok coach Jacques Nienaber said that the match was a worthwhile exercise.

The Springboks would seemingly be able to reinforce their ranks with players based in the northern hemisphere where the seasons have resumed with a few disruptions. Springbok wing Cheslin Kolbe was named player of the month for September after and inspired start to the Top 14 season.