Nicolas Pepe scores for Arsenal in win over Sheffield United 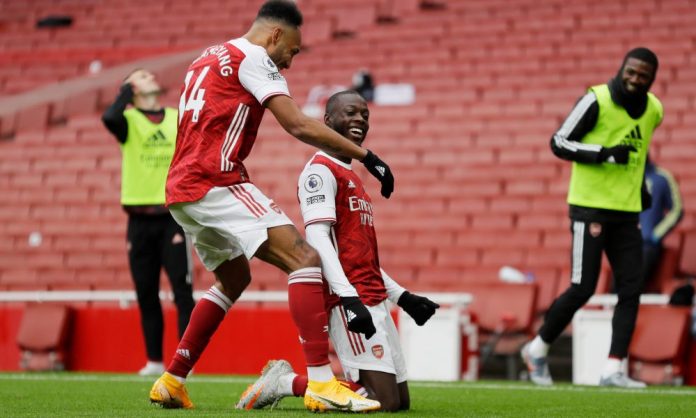 Japan has pledged to sustain its support for Nigeria especially in the health sector towards the development of the country.

Mr Kikuta Yutaka, Japanese Ambassador to Nigeria said this on Sunday in Abuja.

Yutaka was reacting to the Aug. 25, declaration of Nigeria as a polio free nation by the World Health Organisation (WHO).

He said that the eradication of polio from the country followed collective efforts by the Federal Government and the international community.

“I would like to congratulate all the relevant agencies and the people. However, I, also have to leave a cautious note that this is not yet the end of the game,” Yutaka said.

He said that Japan played a pivotal role by supporting Nigeria to attain the wild polio virus-free status through a series of assistance aimed at eradicating the virus.

Yutaka said some of the assistance was channelled through the United Nations Children’s Fund (UNICEF).

“The Government of Japan’s support to Nigeria on polio eradication began in 2000 with a grant to procure Oral Polio Vaccines and to establish a cold chain. The total amount for this project was $73.6m.

“The ODA loan agreement in 2014 in which the Government of Japan provided $75.5m for polio eradication projects in Nigeria.

“The Government of Japan also provided $33.3m to UNICEF for emergency polio eradication programmes in Nigeria and the Lake Chad region.

“In addition, the Government of Japan, through technical cooperation assistance, provided equipment to two Nigerian national polio laboratories that are members of the WHO inspection network,” he said.

According to him, apart from polio assistance, Japan also donated thermography, currently being used in airports in Nigeria, with the initial purpose of preventing the Ebola virus from entering the country.

“Our government also delivered at least one Japanese ambulance to every state of Nigeria and the FCT, which are now playing crucial role in transporting patients with COVID-19, and other diseases.

“I, as the Japanese Ambassador to Nigeria, signed the exchange of notes twice for the projects to strengthen the capacity of Nigeria Center for Disease Control(NCDC) and its network of laboratories.

“The Japanese Government also supports the improvement of the health care system through international organisations.

“I am also pleased that Prof. Isaac Folorunso Adewole, former Minister of Health, has been selected as 2020 recipient of The Order of the Rising Sun, Gold and Silver Star, one of the highest orders awarded in the name of His Majesty the Emperor of Japan,” he said.

He said that the award was decided in recognition of Adewole’s contributions towards strengthening bilateral relations between Japan and Nigeria, especially in the health sector.

“I would like to express my sincere congratulations to Adewole for receiving this Order,” he said.

The ambassador said that Japan would continue to work with the Nigerian people to improve the health sector.

“The Embassy of Japan hopes that this kind of assistance will further strengthen the amicable relationship between Japan and Nigeria,” he said.