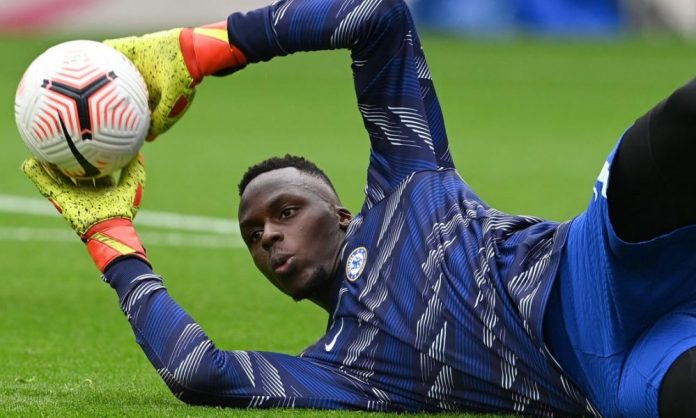 Senegalese international, Edouard Mendy, has sustained a right thigh injury during a training session with the Teranga Lions of Senegal ahead of the team’s international friendly game.

Mendy, who recently joined English Premier League side – Chelsea – for a reported £22 million ($28.47 million) from French club Stade Rennes, has returned to London and will undergo further tests.

“The Senegalese Football Federation has announced the withdrawal from their squad of Edouard Mendy due to injury,” Chelsea said in a statement here on their website.

“The goalkeeper… had a medical examination in a hospital in Rabat… Mendy has since returned to Chelsea where he will undergo further examinations.”

The 28-year-old picked up the problem in a training session on Wednesday and it was judged to be bad enough for him to return to England.

He will not take any part in the friendlies against Morocco and Mauritania, and he will be assessed by the Blues’ medical staff at Cobham to determine how long he will be sidelined for.

Manager Frank Lampard may have to turn back to error-prone keeper Kepa Arrizabalaga if the club’s new number one loses his fitness battle.

The 28-year-old, brought in to boost Chelsea’s goalkeeping options with Spain’s Kepa Arrizabalaga suffering a dip in form since last season.

Chelsea next host Southampton on Oct. 17 when the league resumes following the international break.