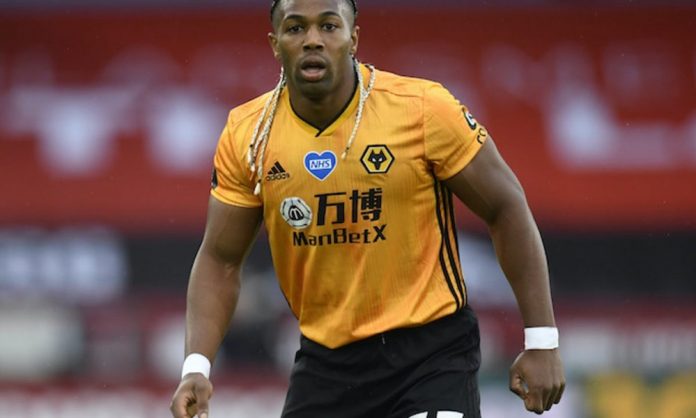 There is an ongoing battle between Spain and Mali over which of the two countries Wolverhampton Wanderers winger, Adama Traore, will play for.

The 24-year-old, who was born in Barcelona to Malian parents, was named in the Spain squad by coach Luis Enrique on Friday, three days after also being called up by Mali.

The tug-of-war between the two federations has been going on over the past 18 months.

He can still represent either nation as he has not yet played senior international football.

Traore has been invited to the Spain national team twice but failed to honour both calls – due to injury and the most recently because of COVID-19.

There is also a recall for Arsenal’s on-loan midfielder Dani Ceballos, while under-fire Chelsea goalkeeper Kepa Arrizabalaga retains his spot in the squad

There is no room for Atletico Madrid’s Saul Niguez and Real Madrid’s schemer Isco, while Liverpool new boy Thiago Alcantara is absent after testing positive for COVID-19.

Others are Manchester City trio Eric Garcia, Ferran Torres and Rodri for their friendly against Portugal on Oct. 7 and two Nations League clashes against Switzerland on Oct. 10 and Ukraine on Oct. 13.

Meanwhile on September 27, Mali coach, Mohammed Magassouba named Traore in a 31-man squad for their October international friendlies against Ghana and Iran.

The Eagles face Black Stars on Friday, October 9 before taking on the Iranians four days later, all in Turkey.

The Eagles squad for the two friendlies made room for only one home-based player in goalkeeper Djigui Diarra.

Aside Adama Traore, there is also debut call-up for Everton midfielder Abdoulaye Doucoure.