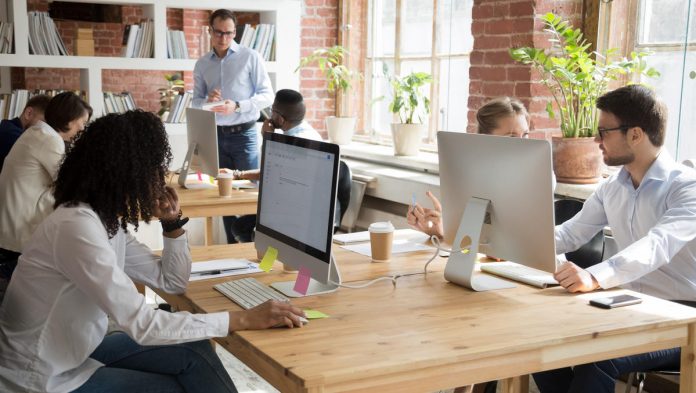 It is easy to take the liberties and benefits of the open source software market for granted. But pause a moment to think about the companies and people who build and shape open source into almost infinite new innovations.

As the 2000s gave rise to a boom in software development, a project called iText was born out of a need to bring open source to PDF, a document format that was originally tightly controlled by Adobe.

iText’s VP of marketing and products, Tony Van den Zegel, says iText was a pioneer in focusing on the back-end generation of PDF documents on the fly.

“The decision early on to have the iText project open sourced created a viral effect and built a strong brand, recognising iText worldwide as the leading PDF library. Millions of users have downloaded the iText library and implemented it, giving rise to massive feedback on feature requests and software bugs, resulting in a very robust and mature software product.”

In 2008, the PDF format became an open standard, which meant there was more room for PDF innovation. It was the break that iText was waiting for.

iText is now renowned for its performance and dedication to enterprises that require a high volume of PDFs generated or digitally signed in a short time. This is why iText’s technology is found in everything from customer invoices to boarding passes.

iText’s global lead of product and services, André Lemos, says it’s an exciting place to be. He likens it to being the provider of a cooking ingredient – there are plenty of common ways to use it, but sometimes a chef will come along and create a new dish out of thin air.

“It is certainly true our customers’ imagination and needs are much broader than anything that we can think of by ourselves!” he says.

“Taking the ‘opensourceness’ out of our DNA would be a nigh-on impossible task, and a futile exercise as it is so ingrained in our culture. It would simply not be iText anymore,” adds Lemos.

“We are unique in the way that we have not built in any limitations to the capabilities of our open source technology when compared to our commercial offering. Both versions are identical from a performance viewpoint,” says Van den Zegel.

“Open sourcing our technology brings lots of benefits to us and the community. The community supports the development of iText technology through pull requests. We do provide premium support to our customer base but at the same time recognise that, whatever happens, our customers and users can always self-support through the availability of the source code.”

iText puts users at the core of its goals

As much of a cliché as it seems, iText believes in the ‘good developers are lazy’ mantra. If something can be automated, why would they waste their time on manual tasks? They would prefer to spend their time more efficiently.

“In that context, we recently developed iText DITO, a low-code offering in the sense that the developer has to write significantly fewer lines of code to generate template-based PDFs compared to using the iText PDF software development kit. Outside of iText DITO, we still want to make the lives of software developers as easy as possible,” says Van den Zegel.

Lemos adds that the company places great value in its relationships with users, whether they are open source users, software firms, or enterprises.

“We try to provide our open source users with the best experience possible, whether they have technical questions managing PDF documents (we actively monitor Stack Overflow, for instance), or even better, pull requests,” says Lemos.

To foster community involvement, iText acts as quickly as possible when open source users submit pull requests on the company’s GitHub page. This essentially makes users part of the team.

Lemos explains further, “When a pull request comes up, we have mechanisms in place so that they aren’t lost in the void of the Internet, and we also try to educate our contributors by making suggestions on how their contribution could be improved, whether it be from a documentation perspective, or the need to have tests to validate what they are submitting.

“It is a lengthier process than just accepting a pull request at face value, but we know that further down the line, both our open source and commercial users alike will benefit from our quality standards.”

The ideal document management process in the modern business

Document management is undergoing a digital revolution, with more and more organisations needing to adopt digital document workflows to cope in the modern business world.

Van den Zegel says that a typical process includes the capture, imaging, and management of documents. This process is being widely integrated into cloud-based solutions, driven by cloud computing. Security is a major concern, which means that organisations need to secure content across networks and the cloud.

In the near future technologies are being developed to automatically recognise document structure in unstructured PDF files enabling integration with IT systems.

“The rapid growth of data within an enterprise and the various forms the data is presented in requires AI-enabled tools such as search functions that could contextually understand queries,” he says.

Coming back to PDF, why does iText believe this document format is ideal for digital document workflows?

“The PDF has its place in a modern document management system. In our vision PDF becomes more and more a data container and with its fixed document format it visualises consistently independently of OS, device or software application.”

A key benefit is the ability to use secure electronic signatures in a digital document workflow, a concept which has been widely adopted and is well integrated into the PDF specification. Such digital signatures can capture the intention of the individual to enter into a contract, and in addition, be used to encrypt the information and confirm the validity of the signed document.

To demonstrate the versatility of the PDF format, Van den Zegel highlights an interesting feature, the creation of portable collections, more commonly known as PDF portfolios. Introduced by the ISO committee as part of the PDF 1.7 specification, it enables multiple file types to be contained in a single PDF.

“A PDF portfolio offers similar functionality to combining multiple files into a single PDF but differs in one major aspect. Simply combining files means that all the files will be converted to PDF, whereas creating a PDF portfolio preserves the files in their original file format and you can edit or modify them in their native application without removing them from the portfolio.”

Looking to the future of PDF and open source

Lemos adds that the IT world never stops, so iText makes sure its research team is at the cutting edge of innovation.

Based on continuous monitoring of user feedback, the company released two new products for the iText 7 SDK in this year alone, pdfRender and pdfOCR, and will shortly release pdfOptimizer.

“The challenge here is to continue to make quarterly releases of iText’s modular developer line, as well as its business line with iText pdf2Data, our PDF data extractor, and iText DITO, our low-code document generator.”

iText is also a Board member of the PDF Association, and the company has technical staff on the ISO committee for PDF.

“This way, we can ensure that we are never blindsided by any upcoming technology, or feature in the PDF space, while also actively contributing so that the ecosystem remains alive and fresh.”