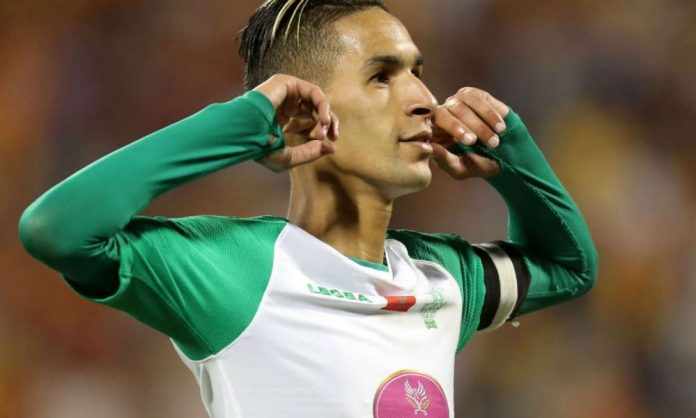 Hafidi scored the winner in the dying minutes of the game for Raja to ensure his side had their hands on the trophy, having earlier scored the equalizer for the team.

Raja fell behind early in the game, but levelled things up with Hafidi and struggled afterwards to get the winner. While Wydad on the other hand had bounced back from a goal down to take a 2-1 lead over FUS in the 88th minute and looked certain to be league champions.

In the 90th minute, Hafidi stepped up to score his second goal of the game, which happened to be the winner to help the Green Devils end their seven year wait for a league title.

This was Raja Casablanca’s first title since 2013 and their t12th title overall. They move to second place of the all-time Moroccan league standing, overtaking FAR Rabat, and sit behind Wydad Casablanca who have 20 league titles.

Attention for the Casablanca teams will shift to the CAF Champions League semi-finals next weekend, with Raja Casablanca facing Egyptian giants Al-Ahly, while Wydad Casablanca will face SC Zamalek.

Raja and Wydad will represent Morocco for next seasons CAF Champions League tournament for finishing first and second in the Moroccan League, while RS Berkane will play in the CAF Confederation Cup for finishing third in the league.