Why did North Korea cut off communications with South Korea? 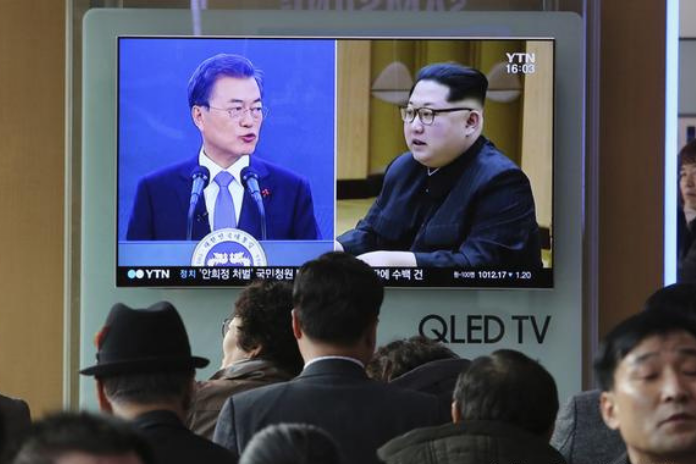 North Korea will return troops to the demilitarized zone on the border with South Korea. This was reported on June 17 by the Central Telegraph Agency of Korea (CTAC). A day earlier, the North Korean military blew up an inter-Korean liaison office in the border town of Kaesong.

The aggravation of the situation on the Korean Peninsula began after the South Korean non-governmental organizations (NGOs) Fighters for a Free North Korea and Kinsem, founded by natives of the DPRK, sent about 500,000 anti-government leaflets to the DPRK in early June. The North Korean leadership regarded these actions as a hostile act violating the inter-Korean peace agreements, and warned about preparing a response with the participation of the armed forces. The South Korean authorities responded by filing a complaint with the police demanding to open a criminal case and revoke the license of the NGOs that sent the leaflets, and the country’s President Moon Jae-in suggested sending special envoys to North Korea to negotiate de-escalation.

Nevertheless, already on June 9, Pyongyang blocked all communication lines with Seoul, and at the end of last week, the first deputy head of the department of the Central Committee of the Labor Party of Korea and the younger sister of the country’s leader Kim Jong-un, Kim Yeo-jong, announced the need to “break off relations with the South Korean side” and stressed that the decision-making on subsequent actions “will be entrusted to the General Staff of the Korean People’s Army (KPA),” TASS reported. She rejected the South Korean leader’s proposal for negotiations, calling it “tactless and sinister.”

On June 16, the North Korean military blew up the inter-Korean liaison office in the border town of Kaesong. On the same day, the KPA General Staff announced its intention to return the military to the areas from which the troops were withdrawn under the 2018 inter-Korean agreements, and to resume regular exercises there. In particular, we are talking about the return of units to the area of ​​the city of Kaesong and the Kumgangsan mountains. In addition, border guard posts will be returned to the demilitarized zone. The South Korean authorities “expressed extreme disappointment with the statement of the representative of the KPA General Staff about the intention to turn the tourist zone in the Kumgangsan mountains and the Kaesong industrial complex into a military zone,” TASS quoted a representative of the South Korean ministry of association.

Following the bombing of the liaison office, South Korean authorities put the military on high alert, and on June 17, South Korean presidential administration spokesman Yun Do Han announced that Seoul no longer intends to tolerate Pyongyang’s “unreasonable actions and words”, Yonhap reported. Just two days earlier, South Korea had celebrated the 20th anniversary of the first inter-Korean summit. During the ceremonies, Moon Jae In stressed that “North Korea should not block communications, increase tension and try to return to the era of confrontation,” Reuters quoted him as saying. In response, Kim Yeo-jung issued an official statement released by the CCAC, where she commented on the South Korean leader’s speech: “Everyone knows that the current serious situation has arisen due to the outrage – the scattering of trash leaflets against the DPRK and the South Korean authorities who helped them. If so, then the speech of the ruler of South Korea this time should reflect an apology, self-criticism and a firm promise not to allow a repeat of such a situation. But in speech there is nothing in essence, but only one eloquence, accompanied by excuses and tricks to evade responsibility. “

Of course, the story with leaflets is just an excuse, and if they were not there, something else would have been found in Pyongyang, Professor of Kunming University (Seoul) Andrey Lankov is sure: “The aggravation has been brewing since about the beginning of this year, but the coronavirus pandemic is still froze a little. The problem is that North Korea is fed up with being fed breakfast. There is irritation in Pyongyang about the actions of the South Korean president: on the one hand, Moon Jae In is the most pro-North Korean president in the entire history of South Korea, and among his opponents there are even popular conspiracy theories that he is a North Korean spy. On the other hand, his desire to improve relations with Pyongyang contradicts his other interests and tasks. ” Therefore, over the past year, Seoul has constantly turned to the DPRK with proposals for cooperation, but all of them are mainly limited to the humanitarian and cultural spheres, the expert recalls: “Work on landscaping the slopes, the fight against coronavirus, excavations, concerts and other“ football matches ”. But these projects do not provide for the transfer of significant sums of money or other tangible assets from South Korea to North – and this is what Pyongyang is most interested in. ” The DPRK is ready to cooperate in the framework of humanitarian projects, but only insofar as it is part of a package of agreements, and the basis of this package should be real material assistance, explains Lankov. “And South Korea is not doing this, because it would be a violation of the existing UN and US sanctions. Seoul understands that this will damage relations with Washington and the international reputation in general. As a result, North Korea is fed up with these sweet smiles,

In addition, the expert clarifies, the North Korean leadership believes that Seoul misled them about Washington’s readiness to accept the North Korean version of a compromise on the nuclear program: “Whether this is so is not known, but, imagining how South Korean diplomacy works, I think it can be close to the truth. Because of this delusion, after the summit in Hanoi, the DPRK built its entire economic strategy, proceeding from the fact that it would be possible to reach an agreement with the Americans, but it turned out that the Americans were not at all going to agree to such conditions. ” From Pyongyang’s point of view, South Korea has two important advantages, Lankov sums up: “The money that Seoul, unlike everyone else, wants to give, but is afraid because of the sanctions, and access to Washington.

Personally, I still doubt that such tactics will allow them to get what they want from Seoul, but who knows – after all, North Korea has brilliant diplomats, world-class masters, and they probably understand what they are doing, and they have some then the cards are in the sleeve. ” convince him to relieve the pressure and then give the money legally. And the South Koreans only smile sweetly in response.

Therefore, the DPRK has been asking South Korea the following question for more than a year: either you ignore the sanctions and start giving us money, or go to your American leadership, convince them to relieve the pressure and then give the money legally. And the South Koreans only smile sweetly in response. Therefore, we are witnessing an escalation, and now it will deepen: the North Koreans will blow up all South Korean property that they can reach on their territory, and then they may resort to more serious measures, for example, shelling of South Korean territories.